Now Reading: Should Christians Have A 5 Year Plan? 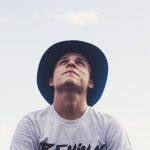 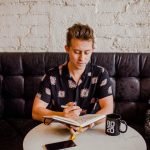 Recently, I was asked by a friend what my 5 year plan is. He is an extremely motivated sort of person – the type of guy who listens to Tony Robbins audiobooks while training for his next triathlon.

I don’t have a 5 year plan, and I never have. But after our conversation, I couldn’t shake the thought that maybe I needed one. If I did, perhaps I’d be the one listening to Tony Robbins audiobooks while training for my next triathlon.

I was also left asking the question should Christians have a 5 year plan? How does this kind of long-term goal-setting fit with a life that should be lived following where God leads?

THE PURPOSE OF A 5 YEAR PLAN

The idea with a 5 year plan is to create a vision for the life you’d like to be living in 5 years’ time. Where do you live? What does your career look like? How about your relationship? Your social life? What do you do in an average day?

Once you’ve got your vision, you work backwards to map out how you’ll reach that endpoint by taking small actionable steps over the next 5 years.

Blogger Crissy Halton points out that creating a 5 year plan can have a number of benefits:

I could certainly use more focus and motivation in my life, and I’m no stranger to the concept of a 5 year plan. When I was in law school, it seemed like everyone not only had a 5 year plan, but a 10 and 20 year plan as well.

So, why my reluctance to implement this kind of long-term goal-setting in my own life?

“DON’T HAVE ANY EXPECTATIONS”

Prior to beginning university study, I decided to take a gap year doing missionary work abroad. I sought the advice of a friend who had done this the year before, but the only advice he would give was, “Sam, don’t have any expectations.”

Initially, this bothered me. I interpreted what he was saying to mean “it’s not as great as you think it’s going to be, so don’t have any expectations.”

It was only after completing the year that I realised that wasn’t what he meant at all. What he was really saying was “don’t let your expectations get in the way of what God is really trying to do.” And he was right. What God wanted to do in my life during that year was different and bigger than I could have possibly imagined.

This is the big reason why I don’t have a 5 year plan. I’m worried that if I create one, I’ll wind up so fixated on my expectations for the next 5 years that I’ll miss what God really wants to do in my life.

As Carter Moore points out, “the problem with five-year plans is that they rarely allow foresight into what possibilities exist beyond or personal imagination or dreams for ourselves.”

BETWEEN RIGIDITY AND PASSIVITY

This isn’t to say that we should abandon any attempt at long-term planning, because God might have something else in mind. If that was our philosophy, we wouldn’t have doctors, or Lord of the Rings, or cathedrals.

However, we must be careful that we don’t became so rigid in following our goals that it prevents us going where God leads.

The Bible clearly warns against fixated future thinking. In the book of James, the author writes, “Come now, you who say, “Today or tomorrow we will go to such and such a town and spend a year there, doing business and making money.” Yet you do not even know what tomorrow will bring.” (James 4:13-14).

The author isn’t condemning goal-setting outright. Instead, he emphasises that when we plan, we should submit our plans to the will of God. He writes “Instead you ought to say, “If the Lord wishes, we will live and do this or that” (v. 15).

We should absolutely make plans, and BIG plans at that. We should make plans that encourage us to work hard, live boldly, and accomplish great things. But we should also make plans prayerfully, recognising that God may have something bigger and perhaps very different in store.

If we do make a 5 year plan, our first bulletpoint right at the top should be to “consciously and constantly submit our plan to God’s will.”

0 People Replies to “Should Christians Have A 5 Year Plan?”