Now Reading: How Do We Use Social Media Without Losing Our Souls? 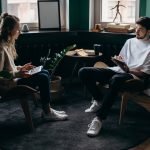 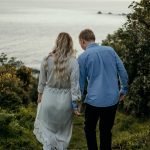 A couple of weeks ago, when I logged into Facebook, I encountered a guy called “Nick.” Nick had commented on a post that I had been promoting, titled Are Christian Guys Not Taking Dating Seriously?

Nick’s response to this question? “If you believe in religion and the god nonsense you have bigger problems than that you jesus loving nutter.”

Huh. Not the answer I was looking for Nick.

So, how best to respond? Pistols at dawn were out of the question. I didn’t know Nick’s location, let alone whether he possessed access to the requisite duelling pistol. I knew I couldn’t hurl insults back at Nick either. When you wrestle with a pig, you both get dirty and the pig likes it.

Instead, I fired back “I’d say the person who goes out of their way to insult someone they don’t even know is the one with the problems Nick.”

Reflecting back on this comment after the anger wore off, I don’t think what I said was unfair. But I don’t think I said it for the right reasons either. I didn’t really care about Nick or trying to change his perspective.

Like Obi-Wan Kenobi in Revenge of the Sith, I had one concern and one concern only. Making it clear that I had the high ground. I cared more about more my pride than living out my faith – a faith that tells me to love my enemies.

Online trolls like Nick aren’t the only issue I struggle with online. It feels like we’ve reached a point where it’s impossible to have an online conversation about any important issue without it quickly breaking down into personal attacks and snarkiness.

There are psychological reasons underlying why online interactions break down in this way. Many psychologists have written about the “dissociative” effect of communication online. When a person’s entire existence in your eyes is just as a little profile bubble with some words next to it on a screen, it’s a lot easier not to treat them with respect and dignity.

In the face of all of this, the question I was left contemplating was how should we as Christians respond? How do we use social media without losing our souls?

A big revelation for me has been recognising that social media can act like an amplifier for whatever is already in the human heart.

Nick the online troll’s problem isn’t that he’s on Facebook. I doubt that he’s an otherwise kind-hearted person who, upon logging into social media, undergoes a kind of Dr. Jekyll/Mr. Hyde transformation into a hate-filled troll.

His comments online are a symptom of a deeper problem – maybe past hurts delivered by religious people, anger at the church, or just an absence of love in his own life.

If we want to use social media without losing our souls, I think that first step is to reflect on what it reveals about us.

When someone brags about a recent achievement (“So blessed to purchased my first home so soon after the holiday in Hawaii. God is so good!) and our first response is envy, it probably reveals discontent with our own life.

When someone says something we disagree with and our mind immediately starts sorting through a list of snarky responses looking for the one that is going to cut this person down most effectively, it reveals a lack of love in our hearts for those who are different.

I try to use social media as an online examination of conscience. When I have a negative emotional reaction to something I see, I pause and think about why I’m reacting that way. If that reaction reveals a problem in my own heart, I know that’s something I need to address.

We scroll past countless opportunities every day to affirm a friend or say an encouraging word. But what if, instead of passively consuming whatever pops up on our feed, we opened social media consciously thinking about how we could make a positive contribution?

It wouldn’t have to be much. Just a comment celebrating a success shared online, an affirmation on a photo, or an encouragement of a creative post.

If we all had that mindset, social media would change overnight. All of a sudden, the problem online trolls would face is that their nasty comments would be drowned in the overwhelming majority of positive contributions.

Social media platforms are purpose built to waste our time. Every extra minute we spend scrolling is another minute of our attention that social media platforms can sell to advertisers. There’s no shortage of clickbait and clever psychological mechanisms that keep you coming back for more.

With this in mind, every time we log in, we should have the habit of mentally asking ourselves “is this the best use of my time?”

I don’t mean this in an overly utilitarian way. I’m not trying to imply that every minute you spend on social media is another minute where you could have spent in prayer or helping the poor (shame on you). If scrolling through Instagram for 30 minutes at the end of workday is how you wind down, power to you.

But a rule I’m trying to implement in my own life is that I only log into social media for a particular purpose. I’m not allowed to open up these platforms just because I’ve got a couple of minutes to kill. There has to be a reason – whether it’s messaging a friend, posting something, or just having 20 minutes of down time.

Social media is an incredible tool. It allows us to connect with people, communicate with friends and share what’s going on in our life. But we have to be intentional about how we use it.

The default is to get caught up in online outrage, to consume rather than to contribute, and to waste time that would be better spent elsewhere. It’s important to be aware of this and consciously fight against these behaviour patterns.

If we can do that, we might be able to log off with our souls still intact.

0 People Replies to “How Do We Use Social Media Without Losing Our Souls?”