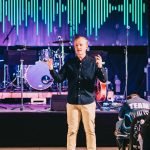 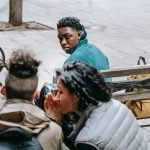 Social feedback is an enormous shaper of human identity.

When we are growing up, our sense of right and wrong is largely shaped by whatever our parents praise or punish us for.

The style of clothing we wear is largely determined by whatever is considered fashionable by those around us.

The career we pursue is usually prompted by what other people have told us we are (and aren’t) good at.

Much of the social feedback we are shaped by has one goal – conformity. That might sound scary, but conformity is often a really good thing. For human society to function, conformity is essential.

Imagine you’re a human living 10,000 years ago. It’s time for the weekly deer hunt and your tribe has come up with a plan. You’ll surround a herd of deer and most of the hunters will hide ahead. Then, a few of you will rush the deer from behind, driving the startled herd straight into the waiting spears of your fellow tribesmen.

However, on this particular hunt, you get a bit overexcited. You rush the deer before the hunters ahead are in position and the herd escapes. The hunting party is left empty-handed.

Your lack of conformity has cost the tribe its dinner. In the hours, days, and weeks to come, your tribe is going to let you know exactly what they think about this. The other hunters are going to make angry comments, the villagers back home won’t share their deer-less stew with you, and you might not get invited on the next deer hunt. What all of this negative feedback is going to reinforce, loud and clear, is that you need to conform.

This kind of feedback holds our society together. It’s not okay kick someone just because they are walking in front of you way too slowly. If it was, human existence would get very violent, very quickly.

So, if you do kick a slow walker, you’re going to get negative feedback. The person you kick might kick you back. People around you on the street will likely convey their disapproval of your action. You might even get arrested for assault.

Is the feedback system perfect? Absolutely not. Feedback can perpetuate corrupt power structures and be downright oppressive. But in day-to-day life in a democratic society, social feedback often has positive results and it’s fairly manageable. At least, it was until social media came along.

Recently, I was listening to a podcast by Tim Ferriss where he brought up the fascinating and terrifying idea of “personality by consensus.” Someone who spends a lot of time on social media is going to “have certain behaviors rewarded, certain behaviors punished, certain behaviors left unapplauded.” Over time, Ferris argued, that person’s personality will be shaped by all this feedback. They will do more and more of these behaviours and less and less of the stuff that doesn’t get rewarded.

This wouldn’t be so bad if the behaviours that were rewarded on social media were always the things that would help us become a better person. However, a lot of what receives positive feedback on social media isn’t what is good, beautiful or true. More often it’s what is entertaining, attractive or whatever your audience already agrees with.

When I post this article on social media, it’s going to get less likes and comments than a hilarious meme would. If I were to let that shape my behaviour, I would post more and more hilarious memes and write fewer thought-provoking blog posts. Honestly, it sounds like a no-brainer – way less work for way more social media engagement.

However, it wouldn’t make me a better person. Instead of improving as a writer and developing my thinking around important topics, it would lead me to a far shallower existence.

The ultimate danger of personality by consensus is that it strips away the complex cocktail of ideas and characteristics that make up an actual human person. Ferris points out that people who have been shaped by a lot of social media feedback wind up becoming “caricatures of themselves.” They pander to their audience, not just with their content, but with their personality.

So, how to we prevent our personalities from being destroyed by the social media machine? Ferris thinks we need to start by recognising that “if you are constantly exposed to these technologies, you are completely outgunned.” You’re up against teams of engineers, neuroscientists, and an algorithm that knows exactly which feedback buttons to press in your brain to keep you coming back for more.

Social media is like an all-you-can-eat smorgasbord of entertainment and social feedback. The temptation is to take our seat at the buffet and mindlessly pig out. But if you do that again and again, then over time, it’s going to change you, and not in a healthy way.

If you want to stay healthy when you’re dining at a buffet, you need to exercise self-control. This starts by setting some boundaries around how much time you spend on social media. Yes, it’s a Luddite solution to the problem, by it’s a lot easier to fight against the feedback when your brain is only marinading in it for 30 minutes each day, rather than 3 hours.

Beyond that, we need to cultivate an awareness of how social media is shaping our personalities, so that we can intentionally rebel against it.

Take the example of a woman who gets an exceptional number of likes the first time she posts a photo of herself in a swimsuit at the beach. All that positive feedback is going to prompt a desire to post more pictures like this one and, in doing so, get more positive feedback. However, a woman who understands the impact of this feedback, but knows she doesn’t want the way she expresses herself online to be reduced to how good she looks in a swimsuit, is going to be able to fight back against the desire to post more images like this.

Social feedback is usually a good thing, in the right dose. However, we’re in a constant state of overdose. We’re dining at the more-than-you-can-eat social feedback buffet, 3 meals a day, 7 days a week. If we want to survive with our personalities intact, we need to be intentional about how we let social media shape us.

0 People Replies to “Is Social Media Destroying Our Personalities?”