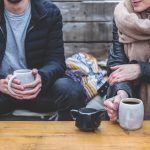 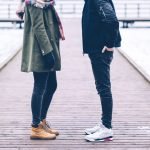 However, “I’m sorry”, by itself, usually isn’t enough. You can’t say something hurtful or make a selfish decision and then expect everything to be made right just by saying “I’m sorry.”

As one of my housemates recently observed, anyone can make a half-hearted apology, but making a genuine effort to repair the relationship requires a lot more.

There’s a better way to apologise. This is it.

Rather than the be-all and end-all, “I’m sorry” is really just the first step of a proper apology. It’s good to start with those words, but what’s even more important is communicating that you regret what you did.

To that end, be specific in your apology. Both parties might already be aware of the wrongdoing, but there’s something powerful about openly acknowledging it. Taking ownership of what you did (or failed to do) is the first step toward healing whatever damage it caused.

RIGHT: I’m sorry for leaving my dirty protein shaker in the sink until it had accumulated a small colony of bacteria.

A study carried out by Ohio State University found that the most important part of any apology was taking responsibility for your actions and acknowledging that what you did was wrong.

This step is where seeking first to understand becomes particularly important. Until you can understand why what you did was wrong, or how it hurt someone, you aren’t really going to be able to take responsibility for your actions.

Don’t jump to conclusions about how the other person is feeling. Try to really put yourself in their shoes, or better yet, ask them.

WRONG: It was wrong because you’re a clean freak.

RIGHT: It was wrong because we should all clean up after ourselves and it frustrated you when I didn’t.

3. SEEK TO BE UNDERSTOOD

This step is an opportunity to offer an explanation for your actions. It’s important that this step follows taking responsibility for your actions, rather than preceding it. Seeking to be understood isn’t about offering excuses, it’s about genuinely opening yourself up to the other person.

This process of understanding, which we started to explore in Part 2, is about beginning a dialogue, where both parties can lower their guard and just be real with each other.

More often than not, the person who caused the conflict had absolutely no intention of causing harm. Clarifying this is almost always going to help the injured party to let go of what has happened.

Even when you’ve been a less-than-awesome human being and intentionally hurt someone, explaining what was going on with you at the time can go a long way towards healing the relationship. It’s hard to stay angry with someone who’s willing to be vulnerable with you.

WRONG: No one else cleans up after themselves either! Why should I?

RIGHT: To let you know where I was coming from, I’ve got a couple of big deadlines at the moment, and it totally skipped my mind to clean up before heading out to work.

Making restitution is a chance to put things right. It shows the other person that you’re sincere and genuinely want to make things better between the two of you.

A few years back, I damaged a friend’s guitar. It was a beautiful instrument, and she had lent it to me for a weekend. But one day, as I was walking with it, the shoulder strap came loose and the guitar fell, crashing directly into the waiting concrete floor. The headstock of the guitar was left shattered (along with my emotional wellbeing).

Now, if I had gone to my friend and just said “I’m sorry” it probably wouldn’t have meant much. An apology wasn’t going to restore the guitar to its previously pristine condition. It was on me to make restitution, by paying to get the guitar repaired or replaced.

This step isn’t limited just to physically fixing something you’ve broken. On more than one occasion when I’ve upset a friend, offering to buy him or her a coffee as a peace offering has gone a long way.

RIGHT: Is there any way I can make it up to you?

If you’re saying sorry for something, you’ve got to live the apology. You need to be committed to changing your behaviour in the future.

If I apologise to a friend for talking about them behind their back, but the very next day I’m gossiping again, what is my apology worth? Not a whole lot! If you’re not willing to try to do better, then there’s no way your apology is sincere.

As part of this commitment to do better, it helps to tell the other person what you plan to do differently next time.

WRONG: In the future I will not hastily dump said protein shaker in the sink under the cover of darkness.

RIGHT: In the future, I’ll wash my dishes straight after I use them.

(Disclaimer: Humans are flawed creatures of habit. You don’t have to suddenly become perfect after making an apology and hopefully the other person won’t expect you to be. What’s important is that you’re always trying to do better.)

Something I’ve noticed about apologies (including my own) is that we almost never end them by asking for forgiveness.

Heck, on the rare occasion that someone actually does ask me for forgiveness, I freak out. “Woah, dude, it’s fine. You just said something a bit uncalled for. It’s not like you led the Austrian army to attack itself in 1788. It’s fine.”

Asking for forgiveness is humbling (and it times, uncomfortable), but it’s also a powerful way to bring closure to this whole process. You take a vulnerable step by apologising and this question invites the other person to take a step as well, so that you can both move forward.

WRONG: Well, yeah, like I said, I’m sorry. I will now quickly exit the room. When next we interact, I will not acknowledge this has happened and hope you will do the same.

RIGHT: Will you forgive me?

Aaron Lazare writes that a genuine apology, offered and accepted, is one of the most profound interactions two people can have.

I have to agree. Time and again, my experience has been that an apology not only repairs a relationship, it strengths it far beyond what it was previously.

Is this process more challenging than patching things up with a quick “I’m sorry”? Sure.

Is it worth it? Every time.

This post is Part 3 in a 3-part series on conflict resolution. You are read Part 1 here and Part 2 here.