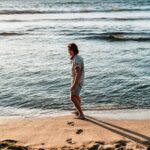 Dear Christians, It’s Time To Rethink The Way We Share The Good News

Jesus didn’t leave much room for debate about it. Before he ascended into heaven, his final commandment to the disciples was, “Go into all the world and proclaim the good news” (Mark 16:15).

However, when you get into the territory of 10,000, you encounter some interesting logistical challenges. To share the gospel with this many people you’ll probably need multiple venues, or one particularly large one.

To persuade that many people to walk through the door, you’ll need a charismatic leader and everything – the marketing, the music, the preaching – will need to be of the highest quality.

Of course, you could also take advantage of the unparalleled reach offered through online mediums – such as Instagram, TikTok or YouTube. Get it right on these platforms and you might end up reaching hundreds of thousands or even millions of people.

It isn’t hard to find churches today that have done the same math. Life.Church, led by Pastor Craig Groeschel was founded in 1996 and has since grown to over 30 campuses with 85,000 weekly attendees. Groeschel’s YouTube channel boasts over 3 million views.

Hillsong Church, founded in 1983, now has over 80 campuses, with a weekly attendance of 150,000 people. Hillsong Worship, one of several bands created by the church, receives an estimated 3.6 million monthly listens on Spotify alone.

One mega church that has particularly caught my attention is recent months is Mars Hill. In contrast to the above two, Mars Hill isn’t around anymore. It collapsed in 2014. But a recent podcast, The Rise and Fall of Mars Hill, has gone viral with its account of the church’s story.

Mars Hill was a church rocked by a scandals – plagiarism, bullying, financial misconduct – and virtually all of it centred around the church’s fiery leader, Mark Driscoll.

Listening to the podcast, it’s clear that a defining feature of Driscoll’s leadership was a relentless focus on numbers. Driscoll wanted Mars Hill to grow to be a church of 50-thousands members, with millions of views on its online content.

He was willing to pay a high price for that kind of reach. At one conference, Driscoll famously said, “There is a pile of dead bodies behind the Mars Hill bus. By God’s grace, it’ll be a mountain by the time we’re done. Either get on the bus or you get run over by the bus, those are the options. But the bus ain’t gonna stop.”

In the months since The Rise and Fall of Mars Hill debuted, we’ve received plenty of reminders that Driscoll isn’t the only church leader to leave plenty of bodies in his wake.

Carl Lentz, celebrity pastor of Hillsong New York resigned in 2020, after publicly admitting to an affair. His departure became the first of many dominos to fall, revealing significant rot in the leadership culture at Hillsong and culminating in the resignation of founding pastor Brian Houston in March 2022.

More recently, multiple complaints have been made in my home country of New Zealand about mega church Arise. Allegations of manipulation, bullying and volunteer burnout resulted in the resignation of founding pastors John and Gillian Cameron.

One thing that all of these mega churches have in common is an aggressive focus on reaching as many people as possible, as quickly as possible. And while I’m sure each of these churches could point to thousands of stories of positive impact, it’s also clear there has been a lot of bad fruit.

It isn’t hard to see why.

Achieving the sought-after levels of reach requires a big machine. Everything about the machine has to be just right – from the preaching, to the marketing, to the appearance of the worship band. The fuel that keeps it all running is countless volunteer hours given (and at times demanded) from church members.

The leader of any church that achieves this level of reach becomes a “celebrity pastor,” with no shortage of people lining up to sing his praises or offer him a book deal.

Jesus once said that it would be easier for a camel to pass through the eye of a needle than for a rich person to be saved (Matt 19:24). If he was giving that sermon today, I wonder if he would substitute “rich” for “famous.”

Fame might not be sin, but they live on the same boulevard. The famous live with ever-present temptations towards pride, vanity and misuse of power. There’s no shortage of pastors who we’ve seen give in.

WHAT DID JESUS DO?

Those who try to reach as many people as quickly as possible often claim a divine mandate. After all, Jesus told us to “proclaim the good news.” Why wouldn’t he want my online sermon series to grow to over a million viewers?

What these pastors and influencers seem to miss is that Jesus hardly prioritised this kind of reach during his own public ministry.

“Woah, woah, woah,” I hear you say, “What about the Sermon on the Mount? What about the feeding of the 5000?” Jesus spoke to plenty of mega-crowds during his ministry.

He did. But a full reading of the years of his public ministry reveal that Jesus’ goal was never to reach as many people as possible, as quickly as possible.

Jesus often didn’t seek out the large crowds and when they came to him, he didn’t make his message particularly accessible. He spoke in parables that were difficult to understand (Matthew 13:10-13) and made hard-to-hear statements that prompted many of those listening to leave (John 6:66).

There was only one group of people for whom Jesus consistently took the time to explain his teachings and answer their questions – his disciples.

Jesus’ number one priority was to prepare his disciples. He wanted to take this small group of dedicated followers and form them so that they would be able to carry forward his message after he was gone.

The fact that I’m writing this and you’re reading it is a testament to the effectiveness of Jesus’ strategy. You do an incredible job forming 12 disciples, and they in turn go on to form their own disciples, and two thousand years later, you’ve got over 2 billion people who identify as Christians.

If the ceaseless church scandals of the past few years have taught us anything, it’s that mindlessly pursuing the goal of going as wide as possible, as quickly as possible, leads to a lot of bad fruit.

It leads to celebrity pastors whose fame becomes their stumbling block. It leads to churches that work their volunteers to the bone. It leads to a lack of formation among the faithful, who hop from one church to the next, looking for the most entertaining experience.

If we want an approach that is more sustainable, more joy-filled and ultimately more successful, we should pay more attention to how Jesus himself carried out his mission.

2 People Replies to “Dear Christians, It’s Time To Rethink The Way We Share The Good News”