Now Reading: The God Who Runs To Meet Us 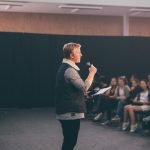 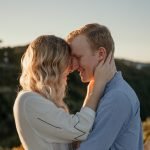 I’ve been reflecting a lot lately on the parable of the prodigal son.

In part, I think the power of this parable is that it tells the story of who I’ve been. I’ve been the young man who went looking for fulfilment in the pleasures of the world, only to find that they left him empty.

More importantly thought, the parable is a story of who God is. It speaks of a God who gives us freedom; a God who waits for us with open arms; and a God who runs to meet us.

The parable begins with a son discontent with life in his father’s household. In the opening verses, he says to his father “give me the share of the property that will belong to me.”

Now, if you’re half-asleep in the pews on Sunday, it’s easy to miss the significance of this request. The son is asking for his inheritance, the property that would have been his when his father died.

Essentially, the son is saying to his father is “I wish you were dead. That way, I wouldn’t have to wait for my inheritance.”

Jesus’ original Jewish listeners would have been shocked. There would have been no doubt in their minds that they were about to to hear a story of a father beating his son half-way to Jerusalem and then back again.

I’m sure it came as a surprise when the next line in the story was “so [the father] divided his property between them.”

That’s God. When we look at everything He has for us and we decide that it’s not enough, He doesn’t stop us. He gives us freedom to go, to make our own choices, to experience what the world has to offer.

EVEN TO HIT ROCK BOTTOM

And so the son takes the money from his inheritance and moves to a distant land. He spends his money without restraint, not concerned with the future, but only with the pleasures of today.

So, after a time, the son is left with nothing. He has no money, no friends, no family to support him. The son hits rock bottom.

I’ve never hit physical rock bottom like the prodigal son. I’ve never lived alone in poverty, wondering where my next meal is going to come from.  But I’ve definitely hit spiritual rock bottom.

During my time at university, there were a couple of years where I walked away from my Catholic faith. I stop praying regularly, I stopped going to church every Sunday, and I spent less and less time in Catholic community.

Life became less about loving God and loving the people around me, and more about what I wanted. I would go to parties and get drunk, I would get into shallow relationships, and I generally lived a selfish lifestyle.

Like the prodigal son, I eventually came to this moment when I realised that I was at rock bottom. I looked around and realised how empty my life had become.

For the prodigal son, this takes the form of recognising that life is better for his Father’s hired servants than it is for him. So, he resolves to return home to his father, deeming himself unworthy to be called his son, but perhaps able to be called his servant.

The prodigal son journeys home. We read that “while he was still far off, his father saw him and was filled with compassion; he ran and put his arms around him and kissed him” (Luke 15:20).

For me, this is the most powerful verse of the parable, because it reveals two significant truths about who God is:

The father sees his son “while he was still far off.” Now, maybe this was a chance glimpse of his son while the father went about his day-to-day work. But I don’t think so.

I think the father was waiting. I picture him every morning, sitting outside, facing the road, and waiting for his boy to come home. For the father, there was no way that he wasn’t going to be there to meet his son if he did return.

I want you to imagine the father of this parable. With two adult sons he is probably an elderly man. He is a wealthy landowner. He is the lord of his household.

Yet the moment he catches sight of his son, he runs to meet him. Forsaking his dignity, this old patriarch picks up his robe and sprints down the road, not wanting to prolong the time apart from his son for even a second longer than necessary.

That’s God. That’s how much God loves us. Max Lucado writes “If God had a refrigerator, your picture would be on it. If He had a wallet, your photo would be in it. …He is crazy about you!”

God runs to meet us. Just pause and think about that for a moment. Close your laptop, put down your phone, and stop.

God runs to meet us.

Will God force his way into our lives? No. If we walk away, will he drag us back to Him? Never. But the moment we make the journey back to Him, God runs to meet us. He wraps us in his arms and his love comes flooding back into our lives.

STOP TRYING TO BE WORTHY

What is the prodigal son’s response to this love? He declares that he is no longer worthy to be called the Father’s son.

But get this – the father doesn’t even respond. It’s like he doesn’t even hear his son’s words. Instead, the father calls for the best robe to be brought out for his son, for a ring to be put on his finger and for a great celebration to be prepared.

The father doesn’t reply, because for him, there is no question of worthiness. Whether or not his son is “worthy” doesn’t affect the father’s love in the slightest.

We have a God who doesn’t ask us to be worthy. He just wants us to come back to him. The son is decked out in the finest robe, with a ring on his finger and sandals on his feet – not because he is worthy, but because he is loved by the father.

COME BACK TO THE FATHER

Jesus told this particular parable in the presence of tax-collectors and sinners, while the scribes and the Pharisees looked on, grumbling about Jesus’ association with such unworthy people.

We aren’t told how this crowd reacted to Jesus’ parable, but I imagine some of the Pharisees went away shaking their heads. They probably scoffed at the parable, mocking the unrealistic portrayal of the father and informing each other that no son of theirs would ever receive such a warm reception after squandering his money on dissolute living.

Then I imagine one of the sinners, who had believed up until this point that nothing he could do would ever make up for his past mistakes. I imagine hope welling up in his dry and weary spirit, as he replays the words of the parable over and over.

I imagine that sinner returning to the silence of his lonely home, still wondering if maybe, just maybe, he is loved despite his unworthiness. He kneels down, and with eyes raised to heaven, he cries out just one word, “Father.”

And God runs to meet him.

2 People Replies to “The God Who Runs To Meet Us”