Now Reading: Youth Ministers, Come Back To The Call 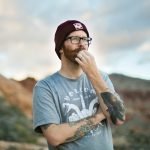 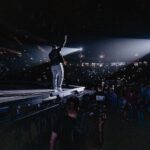 When I signed up for a job in youth ministry, I wasn’t signing up for closed churches, cancelled events, and spending far too many hours staring into a webcam.

A month after starting my new role as the Manager of Ministries to Young People for the Diocese of Auckland, that’s exactly what I got. Auckland went into a 4-month COVID lockdown and what it meant to be a youth minister changed overnight.

Of course, I’m hardly the first Christian in the history of the church to feel like ministry has its challenges.

In this post-Easter season, I’m mindful that Jesus’ disciples had plenty of their own. Jesus had been crucified, he’d resurrected from the dead, and then he’d appeared to his followers and told them to stay in Jerusalem. The disciples, I imagine, felt a lot of uncertainty.

How had Jesus returned from the dead? What did his resurrection mean? What was going to happen next?

Prior to meeting Jesus, several of the disciples had been fisherman, and they deal with their uncertainty by going back to what they know. They go fishing (John 21:2-3).

But this is where they go wrong, because Jesus had called them to leave that life behind. He had called these fishermen to instead be “fishers of people” (Matthew 4:19).

If you’re involved in youth ministry, it’s because you experienced a similar call. Maybe your local youth minister invited you to join the leadership team. Maybe a Christian speaker inspired you. Maybe you looked around your Church one day and realised that nothing was going to happen for young people unless you made it happen.

Whatever it was, God called you.

During the pandemic, it hasn’t been easy to stay true to that call. Youth ministry feels more demanding, more complicated, and less personal than ever.

You may have decided to hit “pause” on the whole ministry thing, or to walk away from it all together. No judgment. The disciples did a similar thing.

During this time of pandemic, I’ve been praying a lot about what Jesus wants to say to youth ministers in the Diocese of Auckland, where I work. Again and again, I’ve gotten the same words:

“Come back to the call.”

While the disciples are out fishing, the resurrected Jesus appears to them on the shore. Jesus calls out, and Peter, recognising that it is the Lord, leaps from his boat to meet him.

In the verses that follow, Jesus asks Peter three times, “Do you love me.” Each time, Peter answers “yes” and Jesus responds with some variation of “take care of my sheep.”

Jesus invites Peter to come back to his call.

Three years prior, Peter had met Jesus on a shore just like this one. Jesus said “follow me” and Peter’s life changed completed.

In the past few weeks, Peter has run away from Jesus, he’s denied him, and he’s returned to his old life of fishing. But Jesus isn’t giving up on him. Once again, he stands with Peter on the shore and he repeats the invitation that changed everything:

COME BACK TO THE CALL

The past two years have been a crappy time to be in youth ministry. More than once, I’ve found myself asking “Really Lord? Is this really where you want me?”

To keep the fishing analogy going, maybe you’re in the same boat.

But Jesus isn’t giving up on you. He’s waiting on the shore. He waiting to make the same invitation he made to Peter, “Follow me!”

He’s waiting for us to come back to our call.

0 People Replies to “Youth Ministers, Come Back To The Call”