Now Reading: The Dangers of Using Personal Brand for Ministry 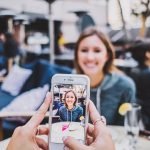 I don’t know if the apostle Paul would have been on Twitter, but he definitely had a personal brand.

Within decades of Christianity beginning, the early church was dealing with the challenges posed by its apostles developing personal followings. Writing to the church in Corinth, Paul criticised the quarrelling that had arisen due to church members associating themselves with his “brand” or those of other specific apostles.

Paul wrote, “For when one says, “I belong to Paul,” and another, “I belong to Apollos,” are you not merely human? What then is Apollos? What is Paul? Servants through whom you came to believe, as the Lord assigned to each. I planted, Apollos watered, but God gave the growth. So neither the one who plants nor the one who waters is anything, but only God who gives the growth” (1 Cor 3:3-7).”

No one in those first few years (or indeed, the first 20 centuries) of the church could have told you what a “personal brand” was, but they were already dealing with the impact of them.

If you’ve got a decent social media following, a store on etsy, or you’re pursuing any kind of public-facing career, I’m sure you’re very conscious of your “personal brand.” Personal brand is the perception the other people have of you. It’s the combination of skills, experience and personality that you present to the world.

Your personal brand isn’t static. It can be grown by building your following and shaped by efforts you make to position yourself in a particular way.

This is where we differ from the first century church. Where Paul deliberately disavowed any personal “following” he was gaining, many Christians today are deliberately trying to build their brand and follower count.

The concept of “personal brand’ has become pervasive in the Christian space. A quick search of the hashtag #christianblogger on Instagram returns 1.2 million posts. Scrolling through social media, there’s no shortage of pastors trying to sell their book, influencers trying to grow their following, or “coaches” trying to sign you up for their “transformative” online course.

I don’t doubt that a lot of these people are doing great work, but Paul was right to be cautious of what he saw developing in Corinth. There are some very real dangers to be aware of when personal brand becomes a part of ministry.

Late last year, Christians worldwide who wear ripped jeans were rocked by the firing of Hillsong New York pastor, Carl Lentz. Lentz was well-known for his association with Justin Bieber and other celebrities like Selena Gomez and Kevin Durant. He was fired for “moral failings,” including cheating on his wife.

What I found interesting about Lentz’s dismissal was the lack of shock among those who associated with Lentz. Few people were expressing how stunned they were because of Lentz’s deep faith, humility, and integrity.

Instead, it was the exact opposite. In a video conference with Hillsong staff and volunteers, the founder of Hillsong, Brian Houston, also connected Mr. Lentz’s dismissal to “general narcissistic behaviour, manipulating, mistreating people,” as well as “breaches of trust connected to lying, and constantly lying.” One former Hillsong NYC team member described Lentz as a “emotional, spoiled, pampered and coddled.”

Hardly the characteristics you want in a man leading a church with a weekly attendance of over 7,000 people.

However, Lentz’s apparent lack of integrity was initially overlooked because he brought the right famous people to church, appeared on the right talk shows, and built the brand of Hillsong NYC. When you prioritise brand, charisma becomes more important than character.

YOU AVOID SAYING ANYTHING THAT COULD DAMAGE THE BRAND

In the wake of the Carl Lentz scandal, John Cooper, the lead singer of the Christian rock band Skillet, made a social media post titled “Make Pastors Uncool Again.” In it, he criticises celebrity pastors, stating that they avoid the “perceived inconvenient truths of God’s word,” instead telling people what they want to hear in order to get famous.

It’s not just the celebrity pastors. I follow a number of “Christian influencers” on social media and one of their favourite things to do is Q&As, where they answer questions from their audience. Time and again, I’ve seen these influencers tiptoe around the tough questions – the stuff concerning sexual morality, abortion and biblical justice – because of the potential damage to their follower count.

These prominent Christians are quick to jump on whatever cause is currently trending, where they can be confident that their “hot take” aligns with mainstream opinion, but they’ll avoid any topic where they might damage their brand by clearly stating what God clearly commands.

At best, this leads to silence about important issues. At worst, it gives birth to a kind of “Christianity by consensus,” where the morality of public Christians is shaped by whatever most of their followers agree with, and which bears little resemblance to the lives Jesus calls us to live.

THE BIGGER THEY ARE, THE HARDER THEY FALL

Behind every successful personal brand is a flawed human being who makes mistakes. But when you lead a church of thousands or have a social media following of hundreds of thousands, your failings have a much larger impact.

In the wake of Lentz being fired from Hillsong, journalist Ben Sixsmith observed “one problem with turning yourself into a celebrity is that your failings become scandals.” Lentz’s moral failings were worldwide news. They were covered by The New York Times, the Washington Post, and my local newspaper back home in New Zealand.

When these people fall, it’s not just their families and their local communities that are hurt by it. The damage is felt on a global scale, and these public figures become just one more example of “Christian hypocrisy” for those outside the church.

All of this isn’t to say that building a personally brand is inherently wrong. Personal brands can be used powerful tool for evangelisation. Take Billy Graham, an evangelist whose “personal brand” packed stadiums with people and enabled him to bring countless people to Christ.

More recently, at the beginning of this year, we saw the Bible in a Year podcast with Fr. Mike Schmitz top the Apple podcast charts for several weeks, beating The New York Times’ podcast “The Daily” and “The Joe Rogan Experience.” This success is due in large part to the personal brand that Fr. Schmitz has cultivated over the past few years.

Personal brands can and should be used for ministry. But let’s not kid ourselves with a statement I’ve heard too many times in this space: “personal brands (and the platforms you build them on) are morally neutral, it’s all about how you use them.”

All other things being equal, which pastor is more likely to fall into sin – the one with a million social media followers or the one who only uses Facebook to advertise the church potluck this weekend?

Fame comes with a whole lot of temptation – pride, greed, abuse of power – and there’s no shortage of once-prominent Christians who we’ve watched give in to these vices.

Any Christian who is considering building their personal brand should discern it seriously. Too many Christians assume that any ministry is good ministry and avoid wrestling with the crucial question – is this what God is calling you to do?

If you do decide to build a personal brand, it should be done with a sober awareness of the dangers. Prayer and self-reflection are important constants throughout this process, as is accountability. Every Christian, but especially those with a public platform, needs 2–3 people in their life who aren’t afraid to tell them when they’re being a fool.

Finally, never forget that your personal brand is a means to an end. It’s not about the hot takes, the conversion rates or the follower count. It’s about bringing people closer to Jesus.