Now Reading: Forget Your Weaknesses, Play Up Your Strengths 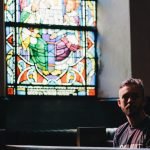 Forget Your Weaknesses, Play Up Your Strengths

I’m not a genius or a prodigy.

That’s not an attempt to win you over with my humility, it’s just a fact. But it’s actually something that took me a really long time to get my head around.

Like most kids, I grew up thinking I was destined for greatness. I was going to be a tycoon of industry, owning more diggers and dump-trucks than any other living person (and one of them was definitely going to be a transformer).

Gradually, my dreams became more realistic (Hollywood Actor, Army General, Marine Biologist – in that order), but I held on to my certainty that I was destined to be the absolute best at something.

Like most kids, I had my thing. You know, that particular talent adults seem to praise you for – whether it’s mathematics, music, or martial arts. Growing up, my thing was good grades and because I went to a relatively small school, it was always just one other girl and I battling to be top of the class.

After high school, I decided to go to law school and all of a sudden, I wasn’t the best at my “thing” any more. Not even close. I went from being the biggest fish in the high school pond to being a pretty tiny fish in the university lake (and don’t even get me started on the career ocean).

To be honest, it was a hard reality to accept.

Now, I’m sure this is coming across as a first world problem at its finest. I’m not trying to win your sympathy. The point I’m trying to make is that eventually, no matter how good you are at your thing, everyone comes face to face with their own limitations.

When that happens, you’ve got to be able to play to your strengths.

Now, that might sound like the most obvious piece of advice ever. But the point of this post is that playing to your strengths isn’t just a case of using your obvious talents; the ones you’ve known about since primary school; the things other people often tell you you’re good at.

It’s also about playing to all the weird and wonderful strengths that you might not even know you have yet.

YOUR WEIRD AND WONDERFUL STRENGTHS

One of my favourite examples of someone who did this was Steve Jobs, the founder of Apple. Jobs actually never actually graduated from university; he dropped out of Reed College six months in.

What this meant is that he could stop going to the required classes and drop in on classes he was actually interested in – like calligraphy. So Jobs learnt all about the different fonts, the appropriate amount of space between letters, and why Comic Sans belongs in the deepest pits of typography hell.

Of course, none of this seemed like it would have any practical application in Jobs’ life, beyond, no doubt, significantly improving the quality of his Christmas cards.

Yet, 10 years later, when the Apple Macintosh computer was released, it was the first computer ever to multiple typefaces and well-spaced fonts. The Mac’s beautiful typography was a key selling point and it completely revolutionised word processing.

Having spoken to a number of career advisors, life coaches, and other professionals with equally nebulous job titles, I can tell you that most people don’t have the self-awareness that Steve Jobs had. The mistake these professionals see people making time and time again is a failure to recognise their own strengths.

I think a big part of this problem is that most people have an incorrect understanding of what it means for something to be a “strength.” Typically, a strength is defined simply as “something you’re good at.” But if you’re like most people, there are some things you do well, but hate doing.

For me, one of these things is statistics. I’m great at statistics, I got a scholarship for it in high school. But when I’m doing statistics, there is at least a 90% probably that I’d rather drop to one knee and punch myself in the face.

In my mind, if you’re left drained or bored by an activity, it can’t really be defined as one of your strengths.

Instead, strengths are things that strengthen you. Marcus Buckingham, whose strength is helping other people find their strengths (#meta), writes, “a strength is an activity that before you’re doing it, you look forward to doing it; while you’re doing it, time goes by quickly and you can concentrate; after you’ve done it, it seems to fulfil a need of yours.”

So how do you recognise the areas of your life that meet this definition?

Ok, so despite everything I just said, some level of objective success is important. A strength should be something you’re great at. For me, this disqualifies every ball sport ever. Sport will never qualify as one of my strengths, because while it’s something I enjoy, it’s a field that I have very limited success in. If I ever decided that I wanted to train to become a professional sportsman, my progress would probably resemble that of Sisyphus and his boulder (google it).

Success is important, but it’s not enough. Passion is the first thing that takes something from being a task you’re good at to a true strength. Your strengths should get you excited; they should have an I-can’t-help-but-do-it quality.

For me, one these things is public speaking. As I write this, I’ve just returned from a weekend away where I was a guest speaker at a youth event. The trip involved a 5-hour round bus ride and I wasn’t paid. But I enjoyed every minute of it and I’m planning to do it all again in October. If you would do something for the mere love of it, it’s probably one of your strengths.

Your strengths are those things where you can become totally absorbed in what you’re doing. Psychologists describe this as a “state of flow.” It’s pretty much the closest a normal human can get to entering the avatar state.

Going back to the example of public speaking, when I’m talking in front of a crowd I’m totally immersed in it. Twenty minutes can pass in what feels like twenty seconds. Yet, at any given moment, it can also feel like everything has slowed right down and I’m in total control.

It’s something I can only make a feeble attempt at describing, but if you’ve ever been in this “state of flow”, you’ll know exactly what I’m talking about.

Strengths fill a need. They are those things that leave you with a deep sense of satisfaction. No matter how tired you are when you’ve finished, you aren’t mentally or emotionally drained. Paradoxically, the activity actually leaves you feeling energized.

For me, this is where eating ice-cream fails the test. It’s something I’m passionate about it, and if Triple-Choc-Mocha-Fudge is involved I might even enter a state of flow, but “fulfilled” is not the word I would use of describe my feelings after devouring a whole 2 litre tub.

FOCUSING ON YOUR STRENGTHS

Once we’ve fixed our definition of a “strength,” the second roadblock that we need to get past is our obsession with fixing our weaknesses.

Don Clifton, a psychologist at the Gallup Organization, identified and strongly disagreed with two prevalent assumptions that people make about human nature:

Instead, Clifton argued that each person’s greatest room for growth is in the areas of their greatest strengths. The core of his philosophy was that you should focus on what you’re good at, and steer yourself away from the things your bad at.

Now, I’m not saying you should give up on your weaknesses altogether. For example, I’m terrible at washing the dishes. Usually, I will just let dirty dishes accumulate in my room until I’ve got my very own porcelain tribute to the leaning tower of Pisa. However, the four other people I live with probably wouldn’t be too impressed if I just decided to stop trying to fix this weakness altogether.

We all have areas where we need to improve, even if we don’t want to. But where you can, don’t be afraid to steer yourself away from weaknesses to focus on developing your strengths.

PUTTING IT INTO PRACTICE

Earlier this year, I finally decided to put this into practice. I decided that for 30 minutes at the start of every day I would write. It might be a blog post, part of the book I hope to one day publish, or just pointless musings. But no matter how many assignments I have, no matter what else happens that day, I spend a little bit of time playing to this strength.

The results of this one small change totally exceeded my expectations. When you finally start focusing on what’s important to you, it’s crazy how your other priorities fall into place. Taking tiny steps towards my dream of one day being an acclaimed writer has given me a greater sense of purpose. Finally, even though it sometimes means losing a bit of extra sleep, I get to start every day doing something I love.

The reality is, you’re never going to achieve your childhood dreams of greatness by trying to fix all your weaknesses, waiting for that day when you’re finally satisfactory at everything. If Steve Jobs had poured all his time into studying the humanities at Reed College, instead of working on computers in his family garage, he might never have founded Apple.

You will learn the most, grow the most, and contribute the most in your areas of greatest strength. Forget your weaknesses. Play up your strengths.

0 People Replies to “Forget Your Weaknesses, Play Up Your Strengths”