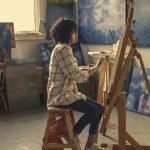 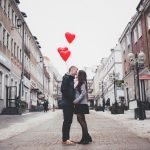 If you had to pick one defining feature of Christian dating, what would it be?

Coffee-dates after the Sunday service? Leaving room for the Holy Spirit? Pondering how great you’d both be at married ministry?

If I was going to pick just one, it would have to be “The List.”

Chances are, if you’re a Christian, and you’re at the point in your life where dating is very much a thing, you’ve written your “List” – probably in the pages of an overly-expensive journal you purchased from your local Christian bookstore.

For those of you unfamiliar with this particular cornerstone of Christian dating culture, “The List” is a list of all the traits you’re looking for in your future spouse – faith, integrity, a great sense of humour, a bunch of those leather bracelets that worship leaders wear – and so on.

Recently, I had the honour of publishing a guest post from a female reader called Young Catholic Men, Why I’m Not Dating You. In the post, the writer gave a number of reasons why she might be reluctant to date a potential suitor, including failing to meet the requirements on her list. These were her four criteria:

It has been fantastic watching the ripples this article made in Christian circles, but one reaction I found surprising were the number of people who criticised this young woman for her emphasis on physical attraction. Several readers commented that they felt her standards regarding physical appearance were too high.

Upon reading these comments, I went back through the article, to make sure I hadn’t somehow overlooked the paragraph about her wanting a 6ft 5” demi-god with a chiselled six-pack and a jaw-line to match. I hadn’t.

The only comments this young woman had made about physical appearance was that guys should try to dress nicely, give their beard a trim, and adhere to the rules of basic hygiene. Surely not too much to ask?

The thing about these criticisms is that I think they can be traced to an underlying idea in Christian dating culture that physical attraction shouldn’t matter. There’s this attitude that placing any importance on physical attraction is shallow. Good Christians date solely on the basis of a person’s faith and their personality.

Too often the result of this kind of thinking is that Christians feel pressured to get into relationships with people whom they feel little physical attraction towards and end up feeling guilty because that attraction isn’t there.

In reality, no one should begin a dating relationship with someone they aren’t physically attracted to. Why? Because if you’re dating someone, there’s at least a chance you’ll one day marry them and start a family. While not essential, I’m told mutual physical attraction significantly enhances that process.

I’m not alone is recognising the importance of physical attraction. The Bible backs me up! Flick through the pages of the Song of Solomon and you’ll find a series of love poems written by a man absolutely captivated by the physical attractiveness of his beloved. He writes: “How beautiful you are, my love…your eyes are doves…your teeth are like a flock of sheep just shorn” (Song 4:1-2).

I don’t know about you, but I just added “teeth like a flock of sheep just shorn” to my List.

Seriously though, these verses are found in Scripture because physical attraction is a good thing. We’ve been created by God to feel an instant and at times implausible physical attraction to certain people. It’s an important first indication that someone might have the necessary qualifications for the whole “be fruitful and multiply” gig.

THE NEED FOR BALANCE

With that in mind, it makes sense to put a bit of effort into our physical appearance. This is a topic that Christians can get a bit uncomfortable about. We live in a culture where the way you look or the number of likes you get on your photos often becomes a measuring stick for your self-worth. In an effort to push back against this, Christians can end up at the other extreme, believing that to avoid vanity, we shouldn’t be at all concerned with how we look.

There is a need for balance here. Wearing clothes made out of camel hair might be ideal if you’re a prophet in the desert, but it probably won’t be received well at your weekly young adults group. On the other hand, dressing nicely, keeping fit and healthy, and ensuring you’re well-groomed demonstrate that you’re a capable human being who takes care of him/herself.

That said, if you find yourself chasing a particular ideal, like being a size 6 or having washboard abs, then you might need to reflect on why that matters so much to you. This is equally true in regard to the physical traits we look for in a potential partner.

Keep in mind that physical attraction can change. The more we get to know someone, more our attraction to them is coloured by that knowledge, for better or worse.

You might find someone drop-dead gorgeous initially, but have that attraction fade when you realise he or she has a number of bad qualities (and no leather bracelets). On the other hand, there can be times when you aren’t initially attracted to someone, but as you begin to learn what an incredible person he or she is, he or she starts to look a whole lot better.

Marshall Segal, author of Not Yet Married, points out that in the long run, our physical attraction to someone isn’t only or even mainly physical. It has a lot more to do with the internal qualities of the person.

This is why, even after 50 years of marriage, my grandfather still thinks my grandma is a total babe. As he has gotten to know her better over the years – her personality, her faith, her keen sense of humour – his attraction to her has deepened, wrinkles and all.

Attraction is both wider and deeper than how you would rate someone on a scale of 1 to 10. It changes over time and is inevitably influenced by a person’s internal qualities. Physical attraction matters – it’s absolutely a reason why you should date someone. Just don’t let it be the reason you date someone.

Two Mistakes To Avoid When You Start Dating

7 Steps for Surviving a Break Up

You're Not a Piece of Gum: Sex and Starting Over